It may be surprising for those who remember Cascade Park’s lake to know it has now been gone for four decades.

Others who are just now learning about the lake may be surprised that such a prominent feature of the park even existed. 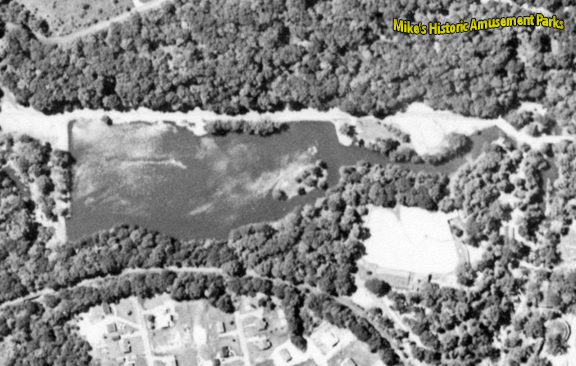 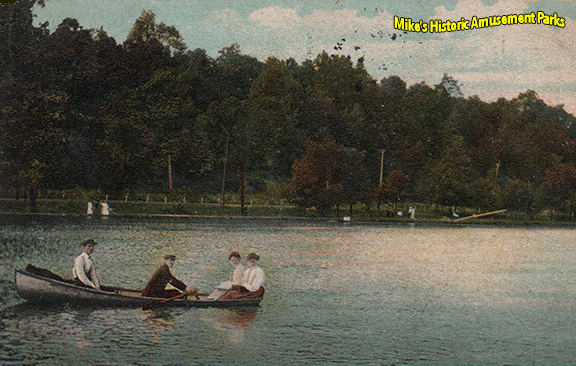 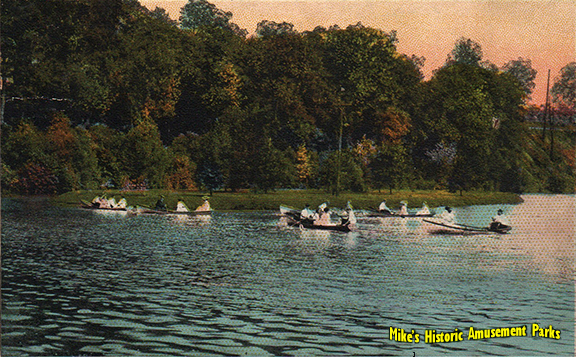 By the 1950s, years of silt flowed through the Big Run and collected at the dam, causing the lake to become shallow to the point of disuse. Outcry from locals, with Paul Vesco being the effort’s biggest mouthpiece, resulted in the restoration and rededication of the lake.

By the late 1970s, the lake again filled with silt and became too shallow for Paul Vesco to operate his riverboat concession. Due to lack fo support from the city to correct the lake’s issues, Vesco raised the height of the dam. A few years later, the  dam finally broke, letting what was left of the lake to completely run dry. The big run has reclaimed its course, along its natural cut through the lake bed.

Unsubstantiated rumors circulated in the mid 1990s that the lake would be again restored. Over the next several decades until present day, local politicians have poked at the idea of refreshing the lake.

The Big Run flows through Cascade Park over a series of rocks, falls, and cascades to the lowest point of the property with today’s visitors seeing many natural features the park’s earliest visitors saw. The Big Run’s most commonly fished species being Rainbow trout, Largemouth bass, and Smallmouth bass.

The old boat docks seen in the old postcard view are still present.

Another view of the boat dock area and the lake as it feeds the lake (background), circa 1912.

The Lake and Dam (gone): A rather large clearing of land that held a lake from the park’s founding until the very early 1980s, now is the site of the Big Run’s most gentle stretch within Cascade Park. The old lake bed is now split in half by the Big Run Creek with the front half of the area being a grassy field and the back half being covered with growth and underbrush.